Who Were the Huguenots? 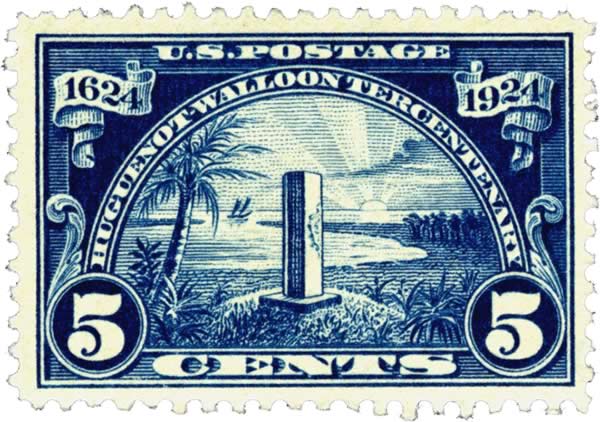 The Huguenots were French Protestants most of whom eventually came to follow the teachings of John Calvin, and who, due to religious persecution, were forced to flee France to other countries in the sixteenth and seventeenth centuries. Some remained, practicing their Faith in secret.

The Protestant Reformation began by Martin Luther in Germany about 1517, spread rapidly in France, especially among those having grievances against the established order of government. As Protestantism grew and developed in France it generally abandoned the Lutheran form, and took the shape of Calvinism. The new “Reformed religion” practiced by many members of the French nobility and social middle-class, based on a belief in salvation through individual faith without the need for the intercession of a church hierarchy and on the belief in an individual’s right to interpret scriptures for themselves, placed these French Protestants in direct theological conflict with both the Catholic Church and the King of France in the theocratic system which prevailed at that time. Followers of this new Protestantism were soon accused of heresy against the Catholic government and the established religion of France, and a General Edict urging extermination of these heretics (Huguenots) was issued in 1536. Nevertheless, Protestantism continued to spread and grow, and about 1555 the first Huguenot church was founded in a home in Paris based upon the teachings of John Calvin. The number and influence of the French Reformers (Huguenots) continued to increase after this event, leading to an escalation in hostility and conflict between the Catholic Church/State and the Huguenots. Finally, in 1562, some 1200 Huguenots were slain at Vassey, France, thus igniting the French Wars of Religion which would devastate France for the next thirty-five years.

The Edict of Nantes, signed by Henry IV in April, 1598, ended the Wars of Religion, and allowed the Huguenots some religious freedoms, including free exercise of their religion in 20 specified towns of France.

Since the Huguenots of France were in large part artisans, craftsmen, and professional people, they were usually well-received in the countries to which they fled for refuge when religious discrimination or overt persecution caused them to leave France. Most of them went initially to Germany, the Netherlands, and England, although some found their way eventually to places as remote as South Africa. Considerable numbers of Huguenots migrated to British North America, especially to the Carolinas, Virginia, Pennsylvania, and New York. Their character and talents in the arts, sciences, and industry were such that they are generally felt to have been a substantial loss to the French society from which they had been forced to withdraw, and a corresponding gain to the communities and nations into which they settled.

Origin of the Word Huguenot

The exact origin of the word Huguenot is unknown, but many consider it to be a combination of Flemish and German. Protestants who met to study the Bible in secret were called Huis Genooten, meaning “house fellows.” They were also referred to as Eid Genossen, or “oath fellows” meaning persons bound by an oath. Two possible but different derivations incorporating this concept can be found in the Encyclopedia Britannica:

1.   “Huguenot”, according to Frank Puaux, at one time President of the Socitie Francaise de l’Historie du Protestantisme Francais and author of the article about the Huguenots in the eleventh edition of the Encyclopedia Britannica:

“is the name given from about the middle of the sixteenth century to the Protestants of France. It was formerly explained as coming from the German Eldgenosen, the designation of the people of Geneva at the time when they were admitted to the Swiss Confederation. This explanation is now abandoned. The words Huguenot, Huguenots, are old French words, common in fourteenth and fifteenth-century charters. As the Protestants called the Catholics papistes, so the Catholics called the protestants huguenots. The Protestants at Tours used to assemble by night near the gate of King Hugo, whom the people regarded as a spirit. A monk, therefore, in a sermon declared that the Lutherans ought to be called Huguenots, as kinsmen of King Hugo, inasmuch as they would only go out at night as he did. This nickname became popular from 1560 onwards, and for a long time the French Protestants were always known by it.”

2.   The current edition Encyclopedia Britannica offers a somewhat different explanation, although agreeing the word is a derivative of the German word Eldgenosen:

“The origin of the name is uncertain, but it appears to have come from the word aignos, derived from the German Eldgenosen (confederates bound together by oath), which used to describe, between 1520 and 1524, the patriots of Geneva hostile to the duke of Savoy. The spelling Huguenot may have been influenced by the personal name Hugues, “Hugh”; a leader of the Geneva movement was one Besancon Hugues (d. 1532).”